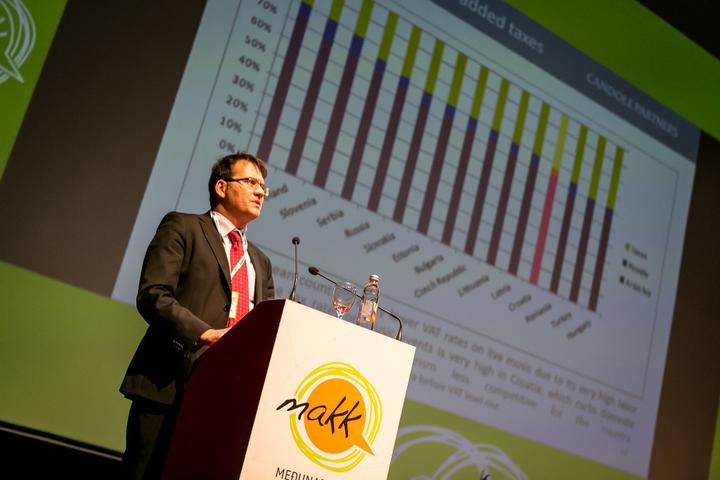 Daniel Antal presented the preliminary findings of the Croatian music industry research in the International Authors’ and Creators’ Conference (Međunarodna autorska kreativna konferencija, #MAKK2015) in Zagreb on 24 November 2015. The presentation was largely based on analysis of various CEEMID databases.

The Central European music industry, as shown by processing the data of more than 2000 musicians in the region is even more reliant on live performances than the British music industry. Even though Croatia appears to be more similar to the UK than the region, a deeper analysis of the data reveals that this is not the case. The most important difference between mature markets and emerging markets is the lack of good distribution and monetization strategy for recorded music.

Collecting and analyzing industry data is very important for small, national music industries that do not have a large enough repertoire that can be easily promoted on global platforms such as Spotify, Deezer or YouTube. New digital platforms produce relatively low income for Central and Southeastern European artists and labels, but they are growing at a rate similar to mature markets with a short, 1-5 years lag. Understanding the different strategies of global service providers, forthcoming liberalization and data-driven analytics are very important to maintain the share of domestic music in the radio and television channels and further expand it in the new channels.

More insights will be published on our blog and the forthcoming Regional music industry report. To be involved in the data collection and sharing of the Croatian national industry report please contact HDS-ZAMP, ZAPRAF, HGU or Unison in Croatian or CEEMID in English.

You can view the presentation slides below.